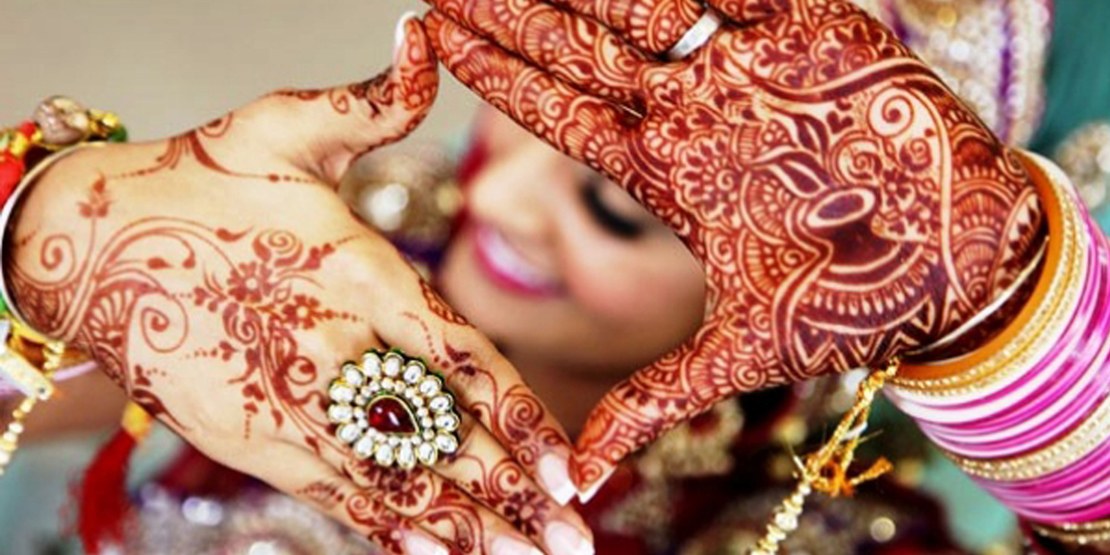 Indian Clothing is the Most Colorful Side of Traditional Indian Weddings

My favourite thing in Indian culture was the clothes and accessories they wore. Regardless of the age and the financial situation the clothes always took my eyes.

The embroidery, patterns and colors on dresses are so eye-catching that Indian women are incredibly beautiful when she wears it.

They don't always wear a dress like that in their daily lives but they use less embroidered simpler clothes. They call Sari the winding clothing from waist-back, shalwar kameez (long blouse and shalvar), kurti pajama (long blouse and tight tights).

And there are clothes they wear for special occasions. These include Ghaghra (blouse and long skirt), Lehenga (long embroidered skirt), Silk Sari (Silk Sari). They wear this kind of clothes at weddings or celebrations. If there is an Indian wedding, and you are a relative or friend of the wedding owner, you have to be as stylish as the bride. Of course, no one can compete with the dresses of the bride but almost everyone is wearing the embroidered Indian clothing by wearing plenty of jewellery. 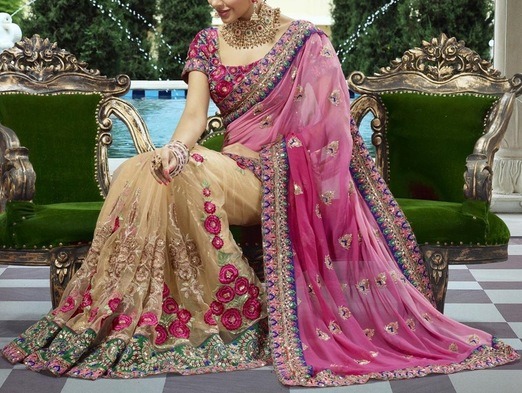 Dupatta: No matter what style you wear, you will see the rectangular orthogonal on the shoulders or heads of Indian women, like the raft they call dupatta. There is almost no woman in India who does not wear Dupatta either in her daily clothes or on special days. However, when wearing jeans and blouses, you can sometimes see children or young girls who do not wear them. At first, I was very regretted. I told what would be happen if I wear sal on the dress or don't. But what really completes the suit is dupatta. So on the one hand, down your shoulder, centered down on the one hand, looks incredibly stylish.

Salwar: Like the salvar we know, there are plenty of pants that narrow down. It can be pants, fabric pants that are connected with waist rope and without zipper.

Churidar: A zipperless, pocket-free trousers that start like Salvar or can be as tight as leggings, but tighten when it comes to wrists.

Salwar Kameez: A daily garment worn in India. If the wearing person is Muslim he wears usually long blouse to the knees and the salvari is under the blouse. If the person wearing the hindu (who believes in hinduism) he wears a short blouse - a blouse with a length that reaches up to the top of the knee and the salvar. There are people dressed as long or short blouses, so you cannot distinguish their shalwar kameez between Muslim and Hindu. But in general, the Muslims prefer long. Even though the sari is traditional Indian clothes the Indian women also prefer salwar kameez when going out in their daily lives. For example you can see that working young women often wearing salwar kameez.

Sari: It consists of a long sewn cloth and a short blouse is worn inside and wrapped around the body towards the shoulders. Especially in South India, almost everyone wears Sari in their daily lives. The length of the fabric varies between 4-9 meters. It's probably the hardest thing to wear for me. In every part of India, they dress in different styles. I still don't understand how it's worn. The styles of the Sari you wear on daily or special days also change. The quality of the fabric, the short blouse you are wearing inside such as short sleeved or sleeveless or with a slightly open back. Generally is is preferred by Hindus but Indian Muslim people of middle age and upper also prefer sari at an Indian wedding. 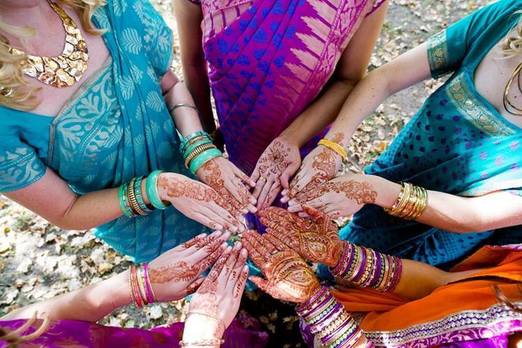 The Most Expensive Traditional Dress of Indian Women

Every nation has its own style of clothing. This structure can vary even in regions within the nation. But there are some societies that have a more rooted culture and history than others. India is one of these countries. Perhaps you may have difficulty recognizing a nation and its individual you have never met before. But this does not apply to the Indians. The nation, which has been closely tied to its roots for centuries, stands out with its traditions and easily distinguishes it from other nations. They have many unique cultural features, one of which is the traditional clothing worn by Indian women.

One of the most well-known Indian brands, Chennai Silks is known for the dresses of Indian women made from luxurious silk. These clothes are known as “saree” throughout the world. Brand; gold, diamonds, rubies and other precious jewels. Dresses are touched women with precious stones. This outfit is of high quality both with its craftsmanship and the materials used. The brand holds the most expensive traditional Indian women's dress record with its work of art. Chennai Silks used the best materials in this design. Let's examine this cultural dress together.

Here is the most expensive Indian women's traditional dress:

Raja Ravi Verma is one of the master painters of India called “Lady Musician”. We see his master hand on this outfit. A picture he drew has skillfully touched the outfit. The complex design gives the dress a distinctive feel.

Designed with gold, diamond, emerald, ruby, platinum, silver, yellow sapphire, blue sapphire, cat's eye, topaz, pearl and coral, the dress has female figures on it. The making of this outfit is a really laborious process and it was created in teamwork. Nearly 30 Chennai weavers worked for 7 months to create a dress. Besides being the most expensive, the dress broke some records. 7,440 jacquard hooks were used to complete the garment. Which means a separate record. 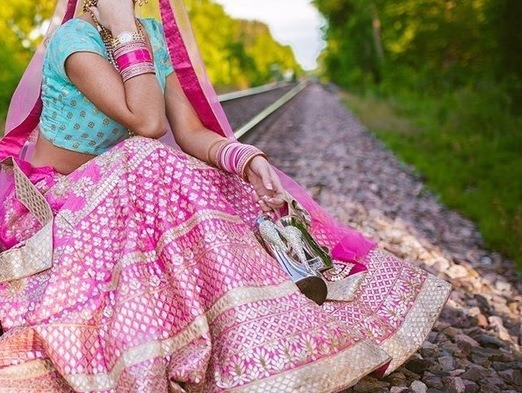 The dress weighs almost 8 kilos and holds the record of being the most expensive Indian outfit. The weight significantly affected gold and stones. The stones are completely hand-crafted by the craftsmen. The dress cost a total of $ 100,000.

This outfit is not just a piece of clothing; should be seen as a work of art and a fine example of Indian crafts. It is the rarest part that does not emphasize skills in India. Chennai Silks tried all the ways to promote this dress. In addition, Indian actress Suhasini Mani Ratnam, Shobhana and Jeeva helped promote the artistic outfit. Chennai Silks says someone will buy the most expensive sari in the future.We took a look at the traditional Indian women's clothing and features together. Traditional clothing is actually a historical document about the history of the nation to which they belong. In our culture there are thousands of beautiful local clothes. Can you share with us what you think of the traditional clothes in your region?

Sari is a Symbol of India

The first stop of the first trip in India was Jaipur, known as the Pink City. From there, we went to Pushkar, a small lake, Udaipur, and then to Varanasi, a completely different area. At each transition point we notice that the color and shape of the saris used change. We try to know from the local people we encounter with the questions we have in our minds from time to time.The saris, worn by old and young, rich and poor women, are now the unchanging symbol of India. 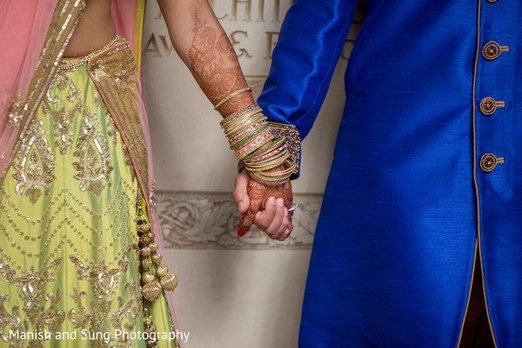 Even though its use has undergone minor changes over the centuries, this practical outfit still remains the favorite and favorite piece of Indian women. I think it is the most important reason why it is so spacious and comfortable. When I investigate further, I learn that the sari is made of a single piece of fabric of 5 or 8 meters. The most interesting thing is that there are no stitches in this fabric. Women fill this with the habit of hand in such a way that it is very difficult to realize that it is seamless. The most important thing of the sari is handmade pleats.

Both the abdominal and shoulder pleats are made by hand and the result is great. The construction of sari varies according to the usage purpose, geography and conditions. Sometimes these pleats are opened and thrown on the hand, sometimes passing the head serves as a kind of scarf. When you mix it, the more details you get.I'm even more surprised to learn that there are more than 100 forms of the sari in India. Many people I talk to say that this figure is even more, that there may be many kinds of unregistered in rural areas. Sari is also used in Sri Lanka, Bangladesh, Pakistan and Nepal, where Indian influence is observed.