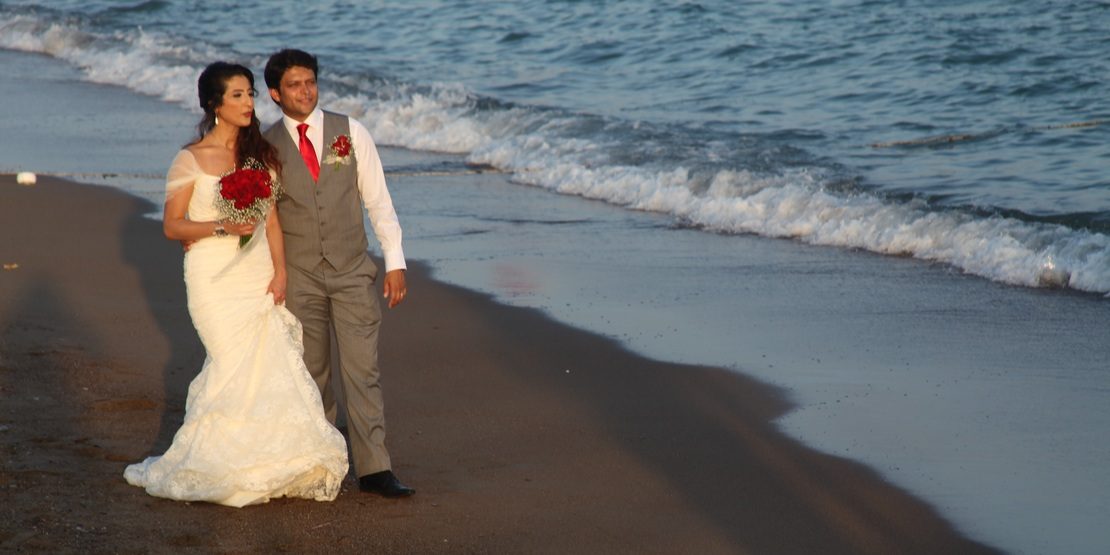 IMPORTANCE OF FAMILY IN INDIAN CULTURE

In the traditional family structure of India in Hinduism the head of the family normally is the father.In the Indian family the father decides on all important issues such money affairs and marriage In a

traditional Indian family, the bond between mother and son is very tight. When a son marries and if there is a place to stay at parent’s house, often he lives with parents together with wife. The situation with daughters is different and they have to leave the house of parents to live with the man they married. This is not easy for the young spouse, because she has little right until she has children in the family she marries. Especially when she has a son, her position in the family improves. Mothers in law are so-called great women, they have very serious positions and certain authorities. Unmarried women have no social place in Hindu traditions. 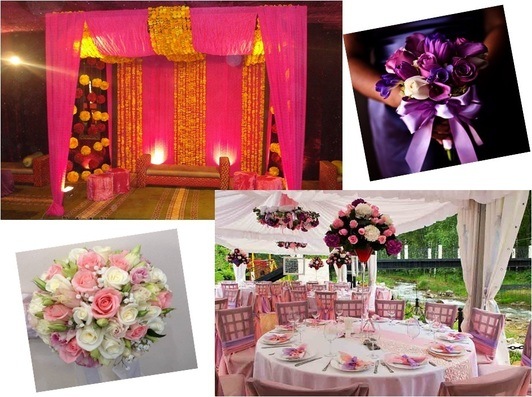 Single women do not usually live alone in India; they live in their parents' homes. The relationship between spouses is firstly a utilitarian and practical. In contractual marriages, spouses are sought according to the suitability of family, education and location. In India, it is called “Love comes after”. This analogy is also concretized: like a pot of water, you put the pot first on the stove and then it is cooked. The number of love marriages is also increasing. The four-step model of life is ideal; According to this, creating a family after school life, living their own lives before the birth of the first child, fulfilling the religious duties that come from the inside and finally devoting yourself to salvation and peace is the most ideal way of life.

It is considered a separate world with its history and culture. Bollywood is a city of famous stars and shots various foreign films. Indian women also prefer traditional clothing which is also emphasized in Indian movies. Men have the same clothes to be set on their bodies and have hats on their heads. India wears various local clothes. The dresses belonging to the old Turkish culture show some similarity to their clothes.Traditional clothing is famous with such fabrics like silk, bright choli, colorful lehengas, shalwar and camis. The traditional clothes that women wear are considered as the national clothes of Indian women. There are also pieces like as tulle that has come together and shows integrity. Colorful decorations are usually wide casual dresses. It is still considered as the preferred dress for special occasions in India on a daily basis. Their dimensions are compatible with each other and they are preferred even in social, religious and professional situations. The blouse worn under the sari is named as choli.

TRADITIONAL INDIAN CUISINE
Usually spicy dishes are made. Only chicken and seafood are used as meat, legumes, fruit and spices are predominantly cuisine. All meals are spicy from dessert to chicken. Sweets are mainly cinnamon, salty curry (turmeric), but there are also hundreds of different types of Indian spices in traditional Indian cuisine. Because of Hinduism, cow meat is never used. According to their level of religiosity, some Hindus avoid all kinds of animal feed. Especially in the south, coconut and bananas the products are widely used. Lentils and rice are also widely used all over the country. In the North mostly eat chicken. Even the international fast food chains in the country offer vegetarian/vegan menus.The Indian bread products are generally called the Roti family.

Chapati: It cooks by frying the wheat flour and water mixture in a thick pan (in Indian and Urdu languages is de Tawa) without oil.

Pratha: If you dip the chapati in the hot butter or the veal cream called ”ghee”, you get pratha.

Puri: If the chapati is fried by throwing into hot oil in the deep bowl, it becomes “Puri”.

Kachori/Pakhora: If it is fried by putting different vegetable mixtures in chapati, this is “kachori” ”or “pakhora”. (We call it mucver) 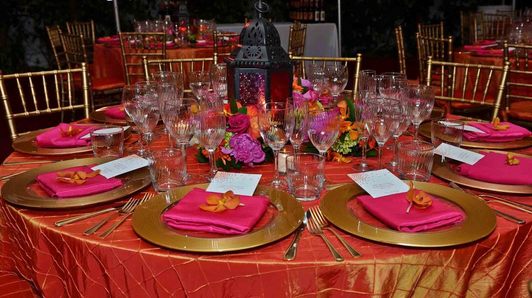 Naan: If you cook chapati dough in an oven or tandoori, you get an “naan”.

Dosa: If lentil flour is used instead of wheat flour, “Dosa” a product of southern cuisine is made. “Masala Dosa” is a very bitter, spicy dosa product.

Paparam/Pappad: It is a crisp dough product and consumed together with thali.

Food and Snacks in Indian Cuisine

Dhal: It's a kind of watery lentil meal. It is always accompanied by a vegetable meal. The simplest Indian meal; dhal consists of rice and chapati.

Tandoori Set: The Mongolian tradition of cooking meat in the tandoori, which has been taught to the Indians, has become the source of information on the most delicious meals of Indian cuisine today. The chicken, fish or vegetables are slowly cooked in the tandoori and accompanied by several kinds of spices and yoghurt.

Biryani Rice: The color of this yellow-orange rice comes from the spice called saffron or from the cheaper turmeric. Biryani rice is sprinkled with nuts such as peanuts, raisins and pistachios.

Samosa: In the dough with plenty of spicy potatoes, mainly vegetables prepared by frying in oil. It's some kind of pie.

Chana: It's spicy chickpeas. You may put the desired amount of spices on it and serve with puri.

People of India marry with each other inside their caste system. Usually, marriages are arranged in contractual marriages manner. In order to decide on marriage, people in India generally see on religion, social status, language, caste, customs and stars.

The girl makes the marriage proposal in India and everything is covered by the girl in India including wedding expenses. In India, the man is also paid the title money.

The marriage stage in India is as follows. The girl’s side proposes marriage. If the male’s side found the girl’s side suitable for him, the families will meet the young people who will marry in a short time. If couples like each other, Indian religious leaders look at their stars and set the wedding date.
The wedding ceremony of the Indians is very important and they are doing very glorious Indian weddings. Even for that, there have been created special professions - the wedding organizers in India. 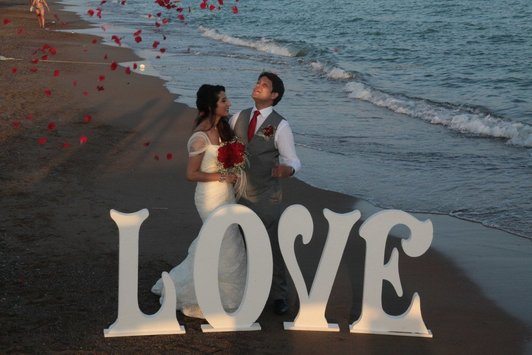 Before the wedding, the groom and the bride hold on henna night Mehndi. The mother of the groom had been applying herbs to her son's various parts and applying henna. In the Mehndi night of the bride, Indian henna is applied to her arms and hands with various shapes.On the wedding day the wedding house is decorated with fresh expensive flowers. These flowers are the symbol of productivity. At the wedding day on Baraat ceremony, the groom comes to the bride's house with a white horse and the religious leader applies red paint on the middle of the forehead. Then the families offer each other flowers.
When the wedding starts, the bride and groom sit in front of the fire or guests. The bride's dress is usually red and her face is covered with a veil. On the Varmala ceremony the bride and groom are connected to each other by a piece of fabric which is considered sacred. Henna is crushed on the couple's hands at the beginning of the Indian wedding. Rice and butter are thrown into the burning fire. The bride and groom circle seven times around the fire. Then rose petals are thrown on them. The wedding lasts until morning with banquet and music. In the first light of the morning, the groom and the bride go to their home. The beds are also decorated with flowers…

Indian wedding groups do not have weddings only in India…

Turkey Antalya destination and many countries around the world became a trend among the young Indians who want to make the traditional Indian wedding which lasts for three days and three nights.

As the wedding planner in Antalya, Turkey our company provides an unlimited service in organizing the wedding for the Indian families…

Some important traditions in the Indian Culture

The Ganges River is in the top of sacred things of Hindus. They accept the Ganges River as the Goddess Ganga and when they bathe in this river they think that they are free from their sins. They also believe that the souls of their dead are liberated when they burn their dead on the banks of the Ganges and throw their ashes into the river.

According to Hindu, cows are sacred animals. So much so that we believe they worship the cows from the outside. In fact, they think that their God, Krishna, is embodied in the cow's body. For this reason, they never harm cows, do not eat meat. Cows walk in the streets of India freely. When we are sworn by the hand on the holy book, they swear by holding the cow's tail.

Drahoma in India is the opposite of the title money in our tradition. When getting married in India, the girl's side is paying the man's family.

One of India's interesting traditions is the marriage of frogs. They say that holding this ceremony at the request of the Rain God. 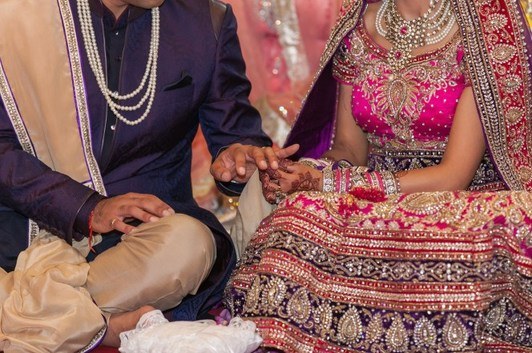 The Holi Festival is the craziest and most entertaining of India's traditional festivals. In this festival, everyone throws colorful paints to each other and old people entertains like as young. Indians celebrate the arrival of spring with this festival, especially to entertain the elderly to save them from loneliness and spring exhaustion is aimed at getting rid of them.

One of India's most famous traditions is the Kite Festival, which is celebrated as a farewell to winter. During this period, every place is a holiday and people go to the roofs of their houses and fly kites, sing and dance.India is a very special South Asian country with its multicolored personalities, entertainment lovers, attracting the attention of the world in the cinema and entertainment sector, and making its name known to the world with traditional Indian weddings lasting for three days and three nights.