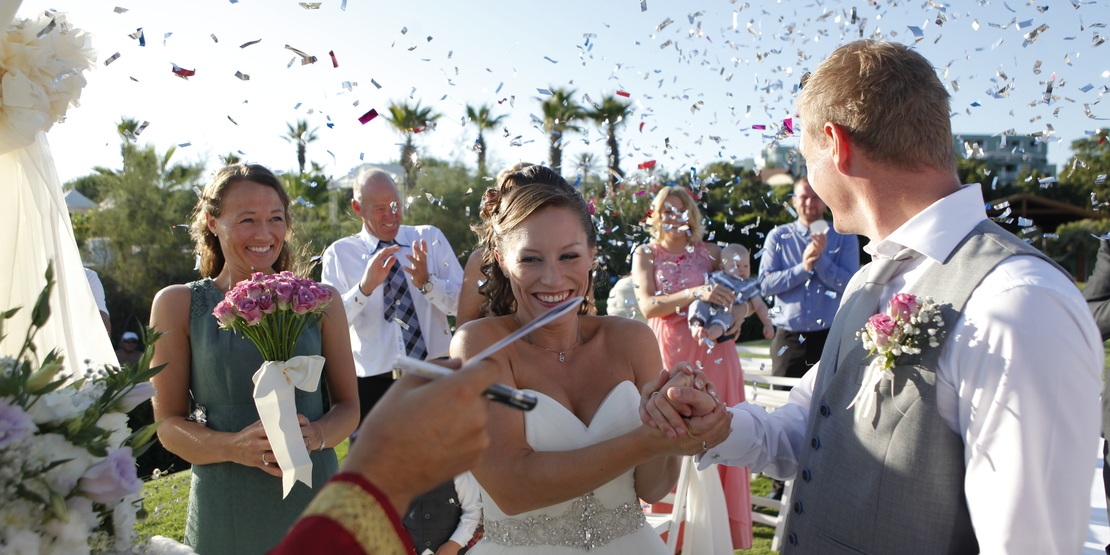 Every country has its own wedding customs and traditions. How are weddings coming along in Kosovo, Athens, Sofia, Skopje and Pakistan? Wedding ceremonies in Kosovo have survived in unchanged form for many centuries. The wedding’s preparations in Kosovo begins long before the ceremony. 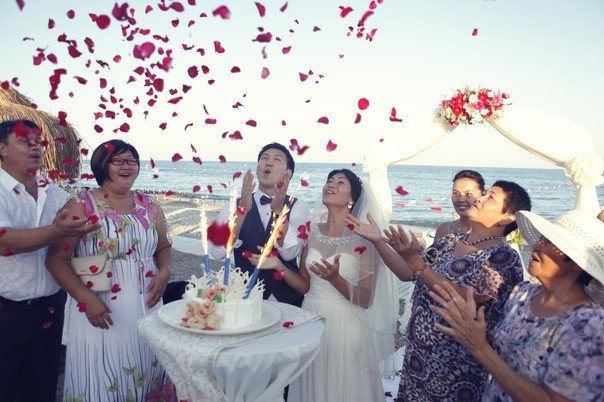 These rituals begin with the Night of Henna, which is sometimes held a few days before the wedding. And the wedding ceremony ends with a magnificent wedding celebration and taking the bride to the groom’s house. Preparation for the wedding ceremony takes place within a few days. Essential attributes of a wedding are the silver jackets, embroidered shalwar? kameez, the national hat.

Weddings of different national minorities living in Kosovo are not very different from each other. For example, at Forbes weddings dresses of all the girls, including the bride are the same, this garment is fully complemented by black pelerine, white shirts, headwear. At weddings in the village Ginchar, near Prizren, red shalwar kameez and handmade waistcoats are preferred.

Horses, which take away brides, even took their place in the proverbs, but today they've been replaced by machines, but the wedding machine continues to be carefully adorned and decorated with flowers. One of the car decorations is embroidered towels that were taken out of the bride's house. These towels are attached to the mirrors of the wedding vehicles.

The procession, which takes away the bride from home, moves in, accompanied by the sound of the zurna and drums. People sing traditional folk songs, dancing. Weddings end with these activities that last until late in the evening. Kosovo, which is closely linked to centuries-old traditions, observes traditions, no matter where on Earth they are.
The first most important step on the way to live side by side with a loved one, sharing happiness and joy, adversity and difficulties, is a wedding. In every region of Greece, there is a considerable number of beautiful ceremonies of this ceremony. The first stage of a typical Greek Orthodox wedding takes place in the Church. The bride comes last to the Church, while the groom and the guests are waiting in the Church.

A wedding gives a person a reliable partner who will be a spectator of your life, will participate in it, to share happiness and sorrow. At a religious ceremony in the Church, rings are put on, heads of the young are covered with thin crowns, which are called Stefana. And sprinkling a couple of dry rice grains is fertility. After the ceremony in a church, the entertainment begins in the Church, where traditional dances are held.

THE TURKS HAVE THEIR OWN CUSTOMS

Muslim Turks living in the country have their own customs. While at Turkish weddings in Western Thrace wedding boilers are set, traditional dishes are boiled and prepared, the Turks in Rhodes have completely different wedding customs... At the wedding ceremony (nikah) in the mosque invited sit on chairs in the mosque, say prayers that the couple was happy for life. After the wedding, the turn comes to gifts. The bride is dressed in gold, coins are hung, and the person who called Telchi announces gifts of guests one by one.

Jewellery, coins first hung on the bride, while the groom is waiting outside. When the gifts are delivered to the bride, the groom's brother puts on the bride beautiful shoes, because the bride before that comes in Slippers for the wedding. When the bride says she can't put her shoes on, he puts the money in the shoes. The bride keeps this money as a symbol of well-being. 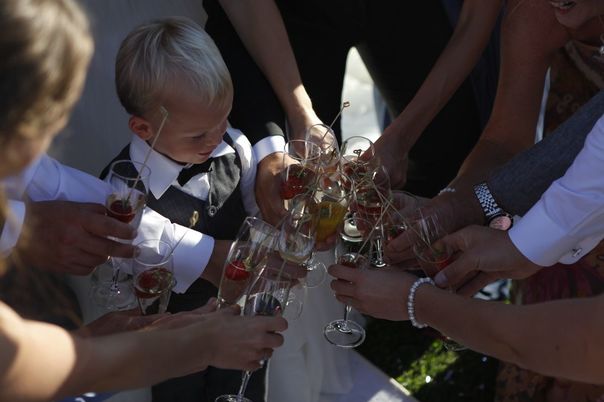 Couples from all over the world come to get married and spend their honeymoon on the Greek Islands. The most popular of them is the island of Santorini. The unique sunset and the blue beauty of the Aegean sea testify to this happiness.

THE WEDDING TRADITIONS OF SOFIA’S TURKS

Bulgaria is the place and homeland of many Turks. Turkish wedding traditions are held here, which can not be found anywhere else. In the area of Dobruka Turks, where the Turkish minority lives, continue to adapt to the customs and preserve the traditions that have survived for centuries. Traditional clothing, shalwar, kameez and bindals are a must for the eternal wedding tradition in the Balkans. Henna night, as in the past, is the most favourite holiday today.

The folk living on plain of Dobruka, inhabited by Bulgarian Turks, depends heavily on traditions and customs. Especially in this region preserved a large number of both wedding and other beautiful customs.

Although the rituals and traditions that are kept without change for many centuries, is currently changing, the wedding in Dobruca in the Turkish Diaspora continues to be held with the traditional ceremonies. The guests gather together at the bride's house for the Night Of Henna, play traditional music, dance and put henna on the bride's hands, enjoying the melodious music of the ballad “Do not build houses on high hills”. Teenage girls also sing folk songs with candles on their hands, lined up around the bride. Red tulle covers the head of the bride, guests are hanging coins on her. After this ceremony, guests are given a traditional Turkish sweetness Lokum, and children are offered, sweets. Entertainment for women continues until late at night.
The next day begins a ceremony called “withdrawal of the bride”. As with all weddings, of course, at the wedding Dobrucki, perhaps the saddest moment of this Turkish wedding is “withdrawal of the bride”. The bride leaves her house and is given to the groom. The bride says goodbye to her family with tears. She kisses the hands of her parents. The bridegroom’s path is crossed by the bride’s sister or brother before he takes the bride. They're trading. The transaction is considered completed if the offered money is accepted.

The wedding procession with the bride goes to the wedding place. Bindals, caftans, henna and traditional customs successfully coexist with modern customs.

STAGING THE WEDDING OF TURKISH NOMADS

Yunus Emre Skopje Turkish cultural centre, which is engaged in the promotion of various cultures such as Albanian, Italian, Macedonian, as well as Turkish culture, this time presented the wedding of Turkish nomads (yoruk) for local residents. Henna night, which is one of the most important elements of wedding traditions in the local culture, was presented in a theatrical show in Skopje.

All the rituals of this special day were revived at an event called "Henna night live exhibition" in the local culture of Macedonia, performed in the historical Turkish Bazaar in the Ottoman heritage of Kurşunlu Han. Young girls who met guests and gave them henna, then made the henna of the bride, accompanied by local folk songs and mania that they sang.

As part of the event for guests in Skopje, was also embodied the scene of such a wedding tradition as "shaving the groom." Henna night, which has an important place in Turkish culture, was played to show the diversity of cultures in Macedonia, events aimed at displaying local clothing from all regions of Macedonia. The night of henna in the open air in Skopje aroused the great interest of the audience with its folklore, folk songs, dances, this historical tradition was again revealed. 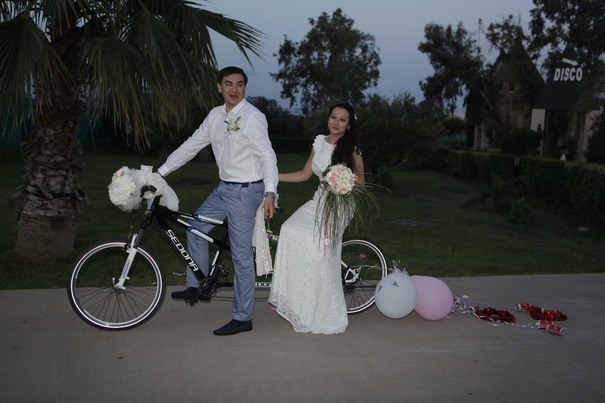 Weddings of different countries, attract attention to the beauty of customs and traditions, such as for example, Berat in Pakistan. In this country, each region has its own traditions and customs. One of the most beautiful examples of this tradition is weddings. Pakistani wedding with the obligatory recognized ceremonies is very colourful. Weddings in Pakistan last two days. The first day is the mehndi ceremony. Mehndi begins with the fact that the groom and his family come to the wedding. Brothers and relatives of the bride open tulle over the head of the groom. So the groom says, "You are under the protection of our family." Then candles and lamps are placed on the ground. Parents of the bride and groom demonstrate traditional rituals and songs around the candle.
The mother of the bride offers the groom and daughter of the local desserts that she life of the young was sweet. On the heads of the newlyweds drip oil, so that they live in lifelong well-being. The wedding we witnessed was between Yunus Emre Yagmur and the Pakistani Feiza. Fiancée Feiza says, “it's actually an accident that we met. Although we went to the same college, we didn't know each other. One day my friend asked me to pass the documents on the lectures to Yunus Emre. He came to me, and we met. Today is our happiest day,” she says. The groom Yunus Emre Yagmur also said, “We love each other, we decided to get married. And today we have a Henna Ceremony. Now we are doing it according to Pakistani traditions. In Turkey, we will also make a wedding according to Turkish traditions. We are happy,” she says.

Wedding day Pakistanis call Berat Day. The groom is met with flowers by the bride's family. But in Berat son-in-law waiting for a surprise. A strict transaction between the bride and groom in the family allows the groom to enter the hall only after he has paid a certain amount.

The groom takes his place at the wedding, the bride’s father brings her to the wedding place. The groom is dressed in a traditional costume Berat, the bride also in a dress Lenga, decorated with embroidery and beads. One of the most colourful wedding traditions is the ceremony of drinking milk drinks for the bride and groom.

Milk inside the Cup, decorated with handmade beads, is served to the groom by the bride's relatives. First, the bride and groom drink milk. After these colourful minutes, Berat continues with the jewellery ceremony. At the end of the wedding, emotional moments begin. The bride says goodbye to her family one by one. After praying to both families, the bride takes the first step to her new life.